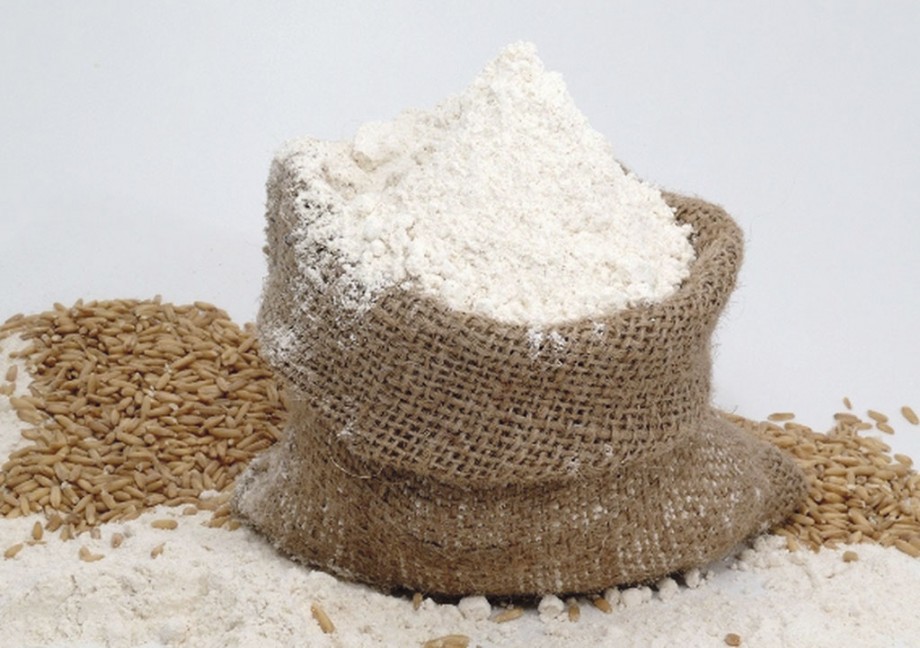 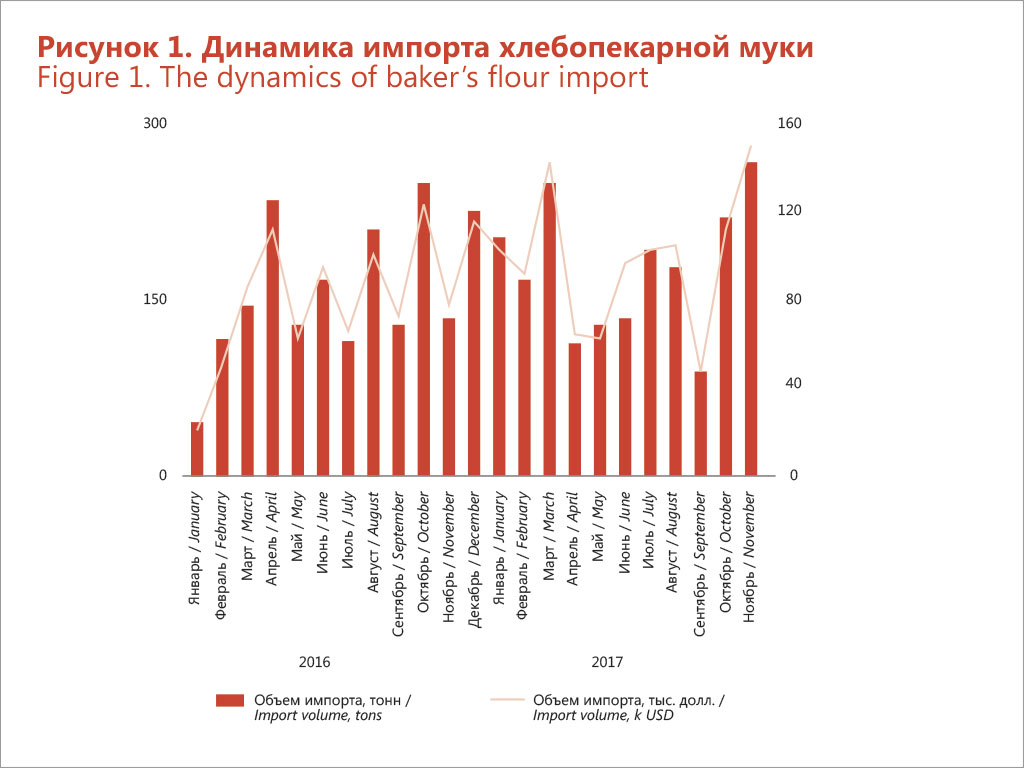 Between January and November 2017, the import of baker’s flour consisted of the products manufactured by 7 different countries. Finland, which produced 888.0 tons of baker’s flour imported to Russia, was the leader among them. It amounted to 46.2% of the total imports. It should be noted, that the share of Finland reached 36.9% for the year 2016. France took the second place with the share of 36.2% and imports of 694.3 tons. Italy, the share of which reduced from 19.1% to 10.3%, took the third place among the top three same as a year before. They are followed by Germany, Lithuania, Sweden and Japan. 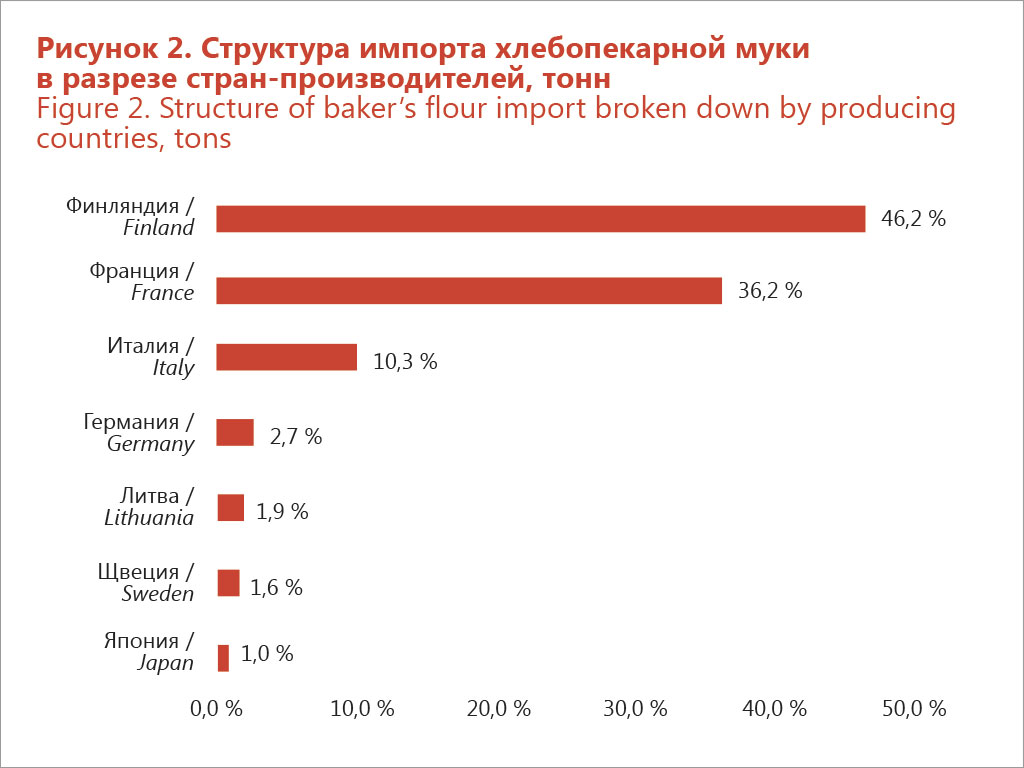 The French company MOULINS SOUFFLET was the leader among the manufacturers of baker’s flour imported to Russia in 2017. It accounted for 22.9% of the total imports. This manufacturer produces breadwheat baker’s flour, imported by 2 Russian companies. The Finnish representative RAISIO NUTRITION LTD, also supplying the Russian market with breadwheat baker’s flour, took the second place among manufacturers. It accounted for 20.1% of the total imports according to the results of 11 months of 2017. One Russian importer purchased the product of the company. In comparison to 2016, the Finnish company HELSINGIN MYLLY OY moved down one rank with the share of 17.4%. The manufacturer supplies the Russian market with breadwheat and rye-wheat baker’s flour. It was purchased by 3 Russian importers. Remaining 39.6% of imports was shared between 20 other companies. 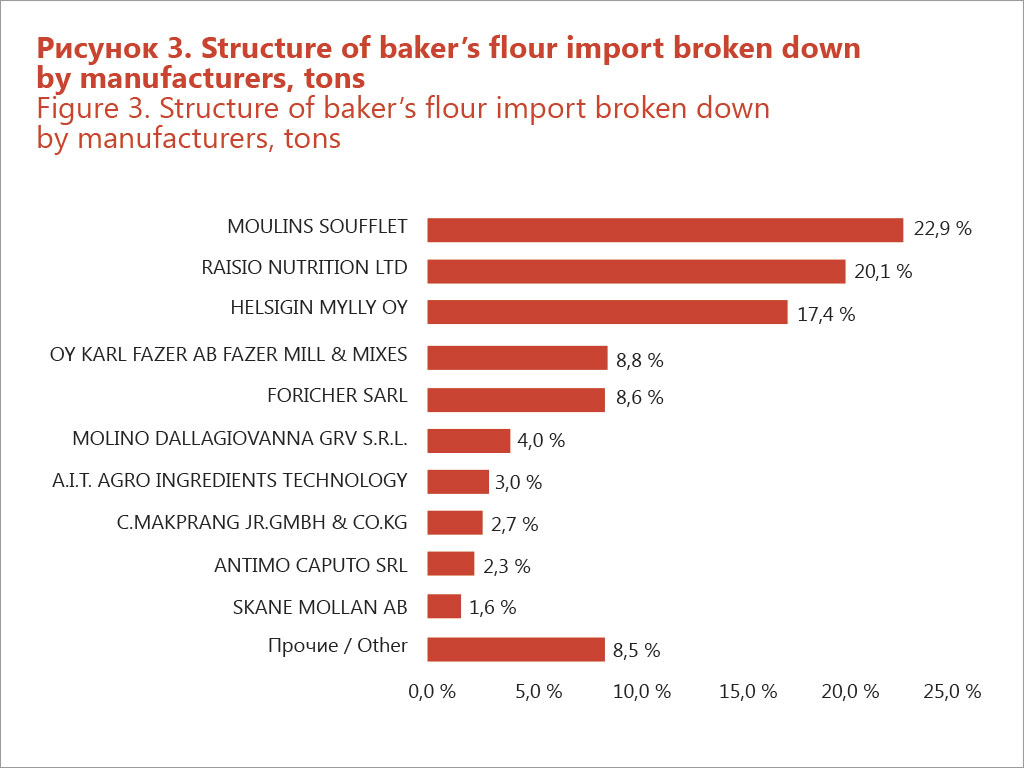 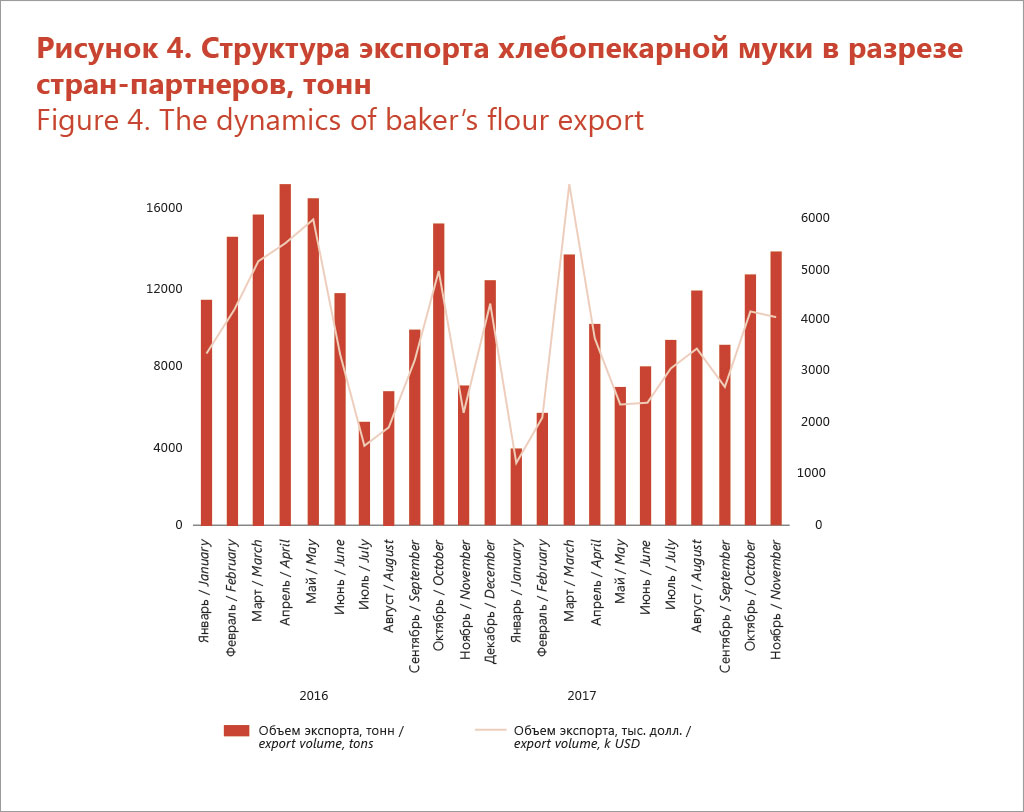 The scope of Russian baker’s flour export in 2017 increased, despite of its volume reduction. Given that in 2016 manufacturers from 28 countries became partners of Russian exporters, the amount of purchasing countries improved to 41 between January and November 2017. China, same as a year before, took the lead. 52 thousand of breadwheat and rye flour, making 49.8% of the total exports, were supplied there over 11 months of 2017. It should be noted, that the share of China in 2016 was only 26.8%. Abkhazia, whose consumers purchased 16.3 thousand tons of breadwheat and rye baker’s flour, took the second place. It accounted for 15.7% compared to 11.2% in 2016. Georgia with the share of 7.7% (8.0 thousand tons of breadwheat and rye flour), took the third place among the top three. Whereas, the share of Georgian customers in 2016 was 13.2%. They are followed by DPRK, Tajikistan, South Ossetia, Azerbaijan and others. 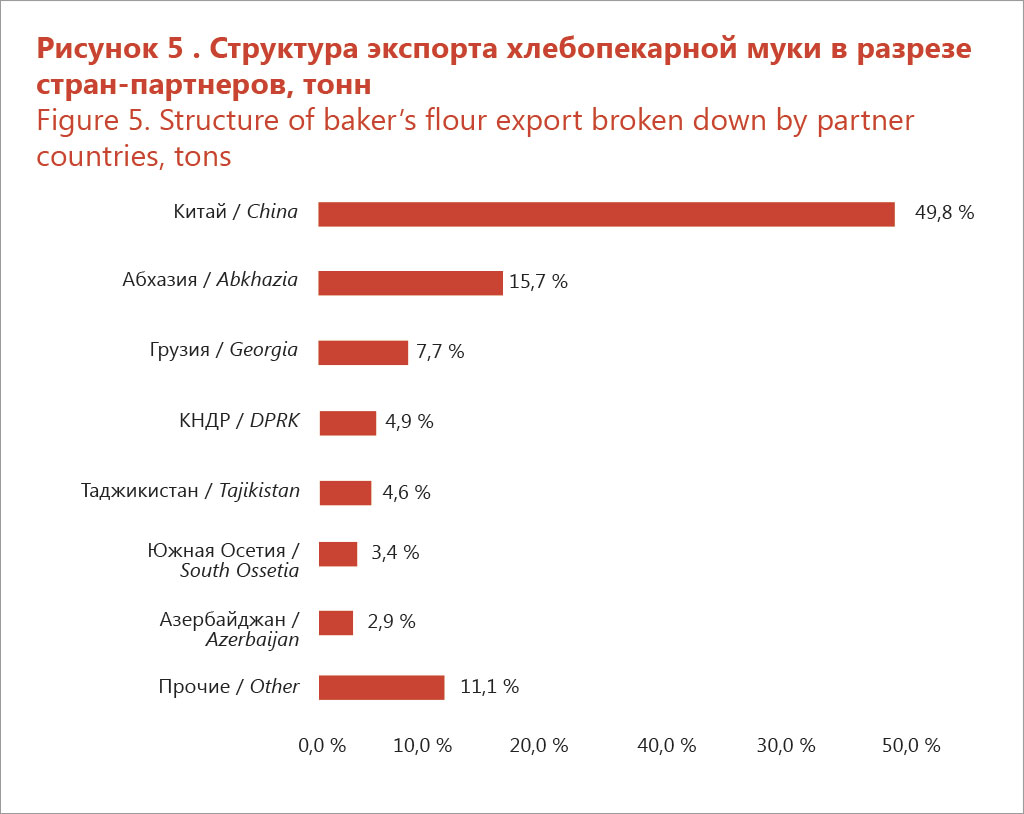 Therefore, import and export markets of baker’s flour demonstrate the opposite results. The volume of imports is on the rise, yet the number of manufacturers in overseas purchases reduced by almost a third within a year. The volume of exports reduces, but its scope expands the boundaries.