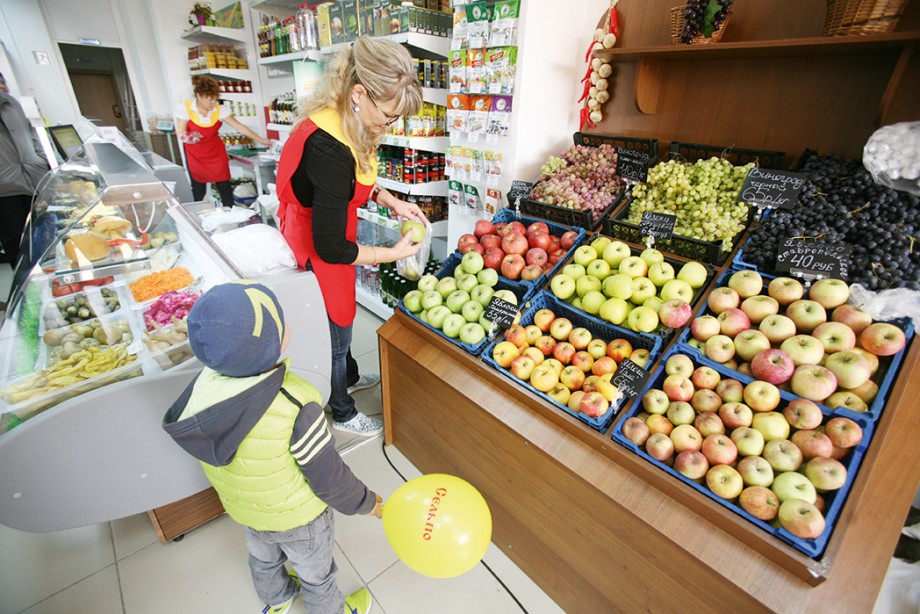 Analysts have noted particularly the price hikes in the fruit, chocolate, jams, fish, and seafood segments, as well as in the fats and oils category. 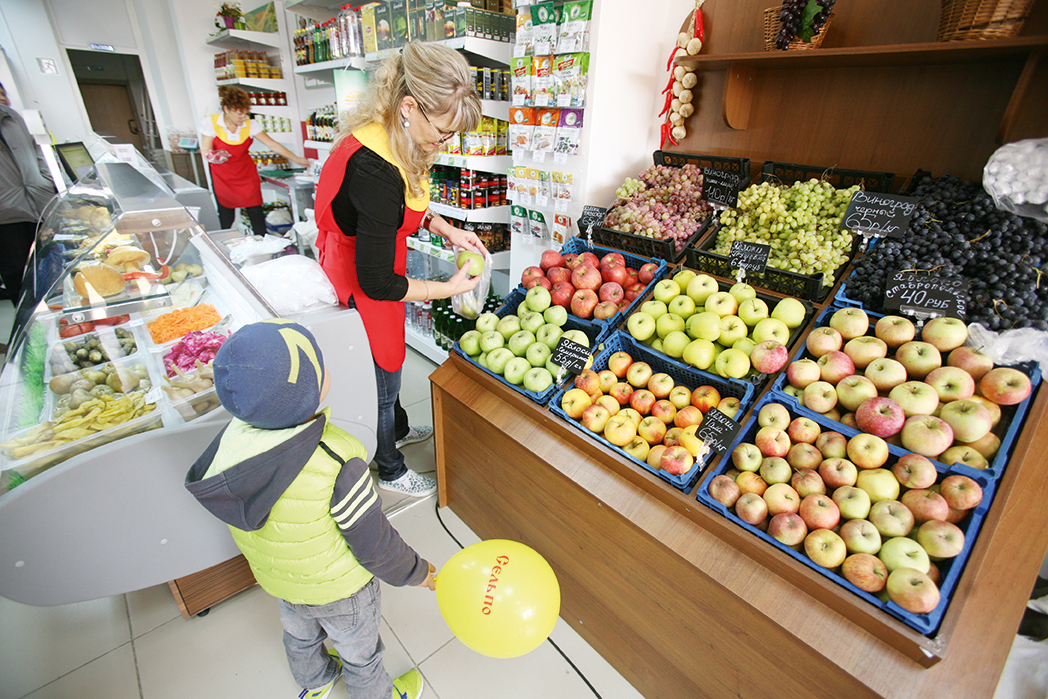 Consumers switching from bananas to apples

The greatest increase in prices was observed in fruits, a 28.7% rise. The primary reason for the severe hike is the devaluation of the ruble, as the majority of the fruit consumed in Russia is imported. According to market players, due to the sharp drop in the value of the ruble, the prices on imported fruits have risen significantly, thus negatively affecting their consumption. Notably, Russians are declining to purchase bananas, and are turning instead to cheaper, locally-sourced apples.  “In the past Russia was a leading importer of bananas from Ecuador, accounting for 23% of Ecuador’s banana export. However, the last season saw a noticeable drop in exports to Russia due to the ruble devaluation,” remarked Eduardo Ledesma, executive director of the Banana Exporters Association in Ecuador.

According to analysts, the situation is not expected to improve in the near future due to the ban on agricultural imports from Turkey from the 1st of January, as Russia was heavily dependent on Turkey for several products: 67% of apricots, 55% of tomatoes, and 45% of grapes, measured in volume, imported into Russia came from Turkey.

Analysts also remarked on the significant increase in the price of chocolate and chocolate sweets in Russia towards the end of 2015, by 23%. The cause was not just the devaluation of the ruble but also the global rise in the price of cocoa beans. For instance, according to the site expert.ru, only in 2015 the price of ingredients for chocolate production rose almost 10% on the London Commodity Exchange, to 2,251 pounds sterling per ton. The rise in prices has resulted primarily from the severe adverse weather affecting the countries which are the chief exporters of cocoa. One more important factor is the occurence of various diseases affecting the cocoa crop, the result of which is the loss of up to one third of the global cocoa harvest. In Ghana alone, the second-largest cocoa exporter in the world, disease caused an 18% slump in cocoa production in the last year.

The rise in raw material prices has resulted in the reduced volume of production of certain chocolate products. Data provided by analysts from the Confection Market Research Center (TsIKR),shows that the production of chocolate and chocolate-containing food products (with the exception of sweetened cocoa powder) in final packaged form fell in the period January-October 2015 by 16.9% relative to the same period in 2014, while the volume of chocolate products in total dropped by 1.4%.

“With the deepening economic crisis, more sharp decreases in chocolate consumption are to be expected, especially in the regions beyond the capital. Further devaluation of the ruble will make high-quality chocolate production unprofitable,” noted TsIKR executive director Elizaveta Nikitina.

Experts from the National Union of Milk Producers remark that despite the increase in costs due to devaluation of the ruble, purchasing prices have not increased.
Due to the food product embargo, milk and dairy imports have reduced by 20%; however, the gap is now being filled by Belarussian products, which have proved to be more competitive than their Russian counterparts.
The Minister for Agriculture Aleksandr Tkachev recently reported that the yearly milk deficit in Russia is 8 million tons. The minister promised that in 2016 the sector would receive nearly 30 billion rubles, twice the support it had in 2015.
Vegetables affected by the ‘Turkish ban’

The vegetable market bears mentioning. According to the Federal State Statistics Service, in the Russia-grown root crop segment, no significant rise in prices was registered, nor is it to be expected in the near future. For instance, as of December 28, 2015, across the country the average pricein retail of one kilogram of carrots was 30.66 rubles. For comparison, as of the end of 2014 it was at 32.71 rubles, and in 2013 it was 27.77 rubles.

However, in the imported vegetables segment the situation is somewhat different. The ban on vegetable imports from Turkey has caused a rise in the price of fresh tomatoes. Aleksandr Myshinsky, director of the Real Group informed Fruitnews that Kuban tomato manufacturers had raised prices by 20%.

The meat and meat products segment in Russia experienced a price increase of 7.8% relative to the same period in 2014. Such a small increase is due to the high level of development of poultry farming in Russia and the increased pork production in the last year. According to data from the National Meat Association, in 2015 pork imports dropped by 35%, poultry by 46%, and beef by 29%. It is notable that while the poultry and pork import reductions are linked to increased local production, the drop in beef imports is chiefly due to reduced demand as a result of reduced purchasing power of the Russian population.

Food market experts believe that the meat industry in Russia is growing at a high rate, and that continued growth in this manner would soon result in local pork and poultry producers sufficiently fulfilling market demand, entirely removing the need to import these products.