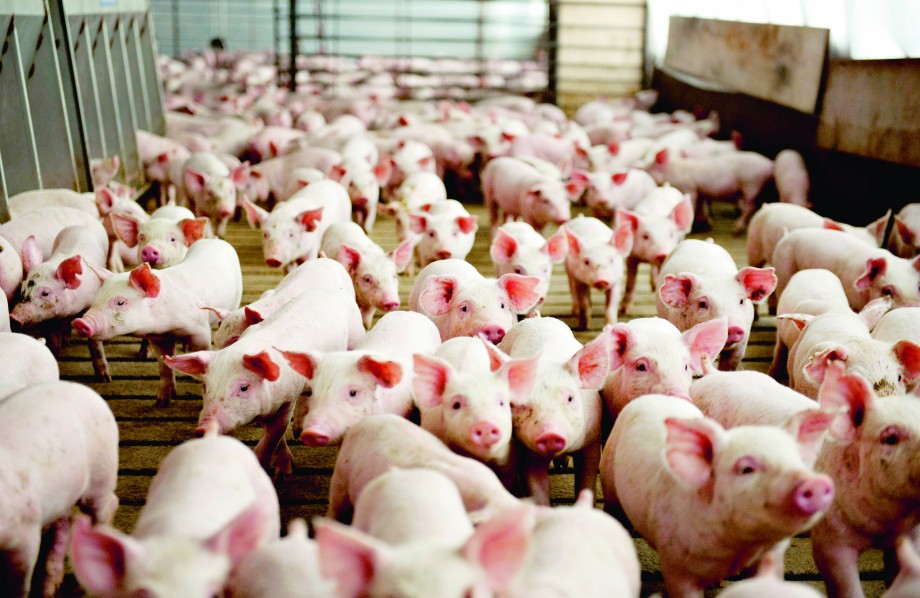 Professor Jose Manuel Sanchez-Vizcaino (Spain) is one of the world's leading specialists in ASF virus eradication. He has been studying the African Swine Fever Virus (ASFV) starting from 1978. This dangerous disease has been managed to cope with in South America, Portugal, Brazil and Spain thanks to the efforts of his team. During his speech at the VIII International Veterinary Congress in Moscow, Professor Sanchez-Vizcaino mentioned the serious ASF situation existing in Russia and suggested his recommendations on fighting against this disease based on his own experience.

Making his speech in front of the meat industry specialists, the Spanish expert stated that the situation which came about in Russia was a unique one. Despite the fact that ASFV has been already spreading in Russia for 11 years (it was first registered in the country in 2007), Russian swine breeding is developing at an accelerated tempo, pork exports are increasing (nowadays pork and pork by-products are supplied to Ukraine, Belarus, Georgia, Kazakhstan, Hong Kong and other countries). However, the state of ASF is not stable in Russia and things will be getting worse in the future, according to Professor Sanchez-Vizcaino. He also noted that in Europe the majority of infected animals is represented by wild boars, as far as in Russia ASFV has been recorded among domestic pigs as well as among wild ones.

Russian manufacturers will have to face the economic outcomes of ASF more and more frequently, the expert warns. These are represented both by direct loss incurred to farmers, as well as trade restrictions on selling live pigs, fresh meat and various pork stock of swine breeding. Eradication of this disease will be more and more difficult year by year, this is why a series of immediate actions should be taken which will allow to focalize ASFV. The quantity of ASFV carriers among domestic and wild pigs is constantly rising, he states, moreover, the disease is becoming chronic during which stage the animals show no signs of the disease and may travel significant distances and release the virus into the environment.

The Professor thinks active commitment of all market participants to be the key factor in respect of African Swine Fever virus eradication. Russian market is characterized by its own specific features, so it is necessary to pursue several directions of activity in order to succeed. He underlined that the ASFV eradication program should be of a global character and be adopted at the country level but not just at the level of particular regions.

An essential success factor for fighting against ASF is to inform all market participants of the high risk and the consequences of this disease. Many Russian farmers are little aware of ASF, they underestimate the severity of this disease and do not think it necessary to report on their animals' illness. The farmers must understand that there is no treatment for ASF, and preventive activities may only be organizational, there is no vaccine against the virus available at the moment.

Veterinarians also do not always have sufficient knowledge in respect of early detection of ASF. Clinical manifestations of ASF in domestic pigs may be similar to other diseases, may not be followed by high mortality thus leading to diagnostic errors and further virus spread to the environment, neighboring farms and beyond. Additionally, in some regions there is a lack of veterinary specialists in general, poorly arranged cooperation between private farms and the laboratory, which, in its turn, also contribute to late detection and spread of the virus. Thus, in Russia, there should be a well-arranged system of informing of all market participants, without exception and notwithstanding their scale, of all ASF aspects. Even small subsidiary farms must be informed to the maximum extent of the risk related to ASF spread. Also procedures for compensation for economic damage caused to private subsidiary farms and other manufacturers due to ASF must be elaborated.

In Russia, there still exist a large number of private subsidiary farms with insufficient biosafety level. Farmers' poor knowledge of the nature and the signs of ASF, non-commitment to preventing diseases result in the fact that some pigs are still on open walk which facilitates significantly their contacts with other domestic as well as wild pigs. It is exactly this which led to the above said problem with the contagion degree being high for both wild and domestic animals. According to Professor Sanchez-Vizcaino, 84 to 93% of cases of ASFV transmission occur between neighboring farms. At the current stage, all farms that keep pigs should be of enclosed type. Food wastes, slaughter products and pigs corpses must be disposed of in an appropriate manner.

Sanitary barriers should be arranged at all farms to prevent contamination: barriers to prevent pigs from exiting, sanitary rooms for treatment of clothing and footwear of staff, cleaning and disinfection of vehicles and appliances. Disinsection and disinfestation measures should be taken at the farms, because ASFV may as well be introduced through contacts of insects and rats with other animals.

In addition, it is common practice at some farms to use untreated food wastes to feed the pigs, which can also act as a source of contagion. (It should be noted that, for example in Spain, feeding pigs with food wastes has been prohibited since 1960s). This is why awareness-raising activities on turning to special pig feeds are necessary.

Professor Sanchez-Vizcaino noted that state financial support and encouragement of the farmers who maintain high level of biosafety in their private farms are required.

One of the specific features of African Swine Fever virus consists in the fact that it changes in the course of time, as well as the immune response of the animals to the virus does. By now, there is a situation that the majority of wild pigs, which are shot and examined for ASFV according to the PCR method, turn to be ASF-negative. There is no virus in the blood of animals or its level is extremely low. However, the level of specific antibodies to the virus is very high in such animals. And this means that the disease has become chronic when an animal feels good and can travel long distances releasing the virus into the environment. ASFV-antibodies may be detected by means of serological tests that are not carried out in Russia (although there is everything required allowing to do that).

One more difficulty in ASFV early detection consists in the fact that its manifestations may be similar to the manifestations of other hemorrhagic diseases, for example, Classical Swine Fever. This is why it is required to improve veterinarian skills in the regions, carry out awareness-raising activities with presentations to assist early detection of ASF. The Spanish specialist mentioned, in particular, that the information resource of his research team www.sanidadanimal.info, Section “Courses”, contains visual content on African Swine Fever – its clinical manifestations, laboratory studies, pathogenicity data and the virus transmission routes, and so on – including those materials in Russian.

Monitoring and identification of animals

The system of monitoring and control of wild and domestic animals transfer in Russia is not sufficiently developed. It is required to form such tracking system that would allow for identification of each domestic animal and provide it with a medical certificate, monitoring its movement and transportation. Also it is necessary to collect data on all farms, register and keep record on all pork manufacturers and pig owners. Additionally, daily monitoring and updating of a list of contaminated farms, as well as annual reports on ASF eradication program are required.

Continuous monitoring and control of population of wild boars are also needed: swine breeding farms should be located outside habitats of these animals. Arrangement of agricultural lands in the areas suitable for inhabitation of wild boars should also be avoided.

Sanchez-Vizcaino noted that the virus circulation among wild boars is an important but far from being the only factor of ASFV spread in the country. Nevertheless, all possible measures should be taken to prevent contacts of wild and domestic animals, non-selective shooting of wild boars should be performed followed by mandatory testing for the presence of the disease. Changes should be adopted into the applicable laws to oblige hunters to submit biological material of each killed animal for carrying out the testing for ASFV.

It is necessary to elaborate and familiarize all market participants with clear guidelines on rapid response to an event of ASFV detection. The following items must be compulsorily included into the guidelines:

Expert: Jose Manuel Sanchez-Vizcaino, Professor, Head of the Epizootology Chair of the University of Madrid, Manager of the National ASF Eradication Program in Spain, Madrid