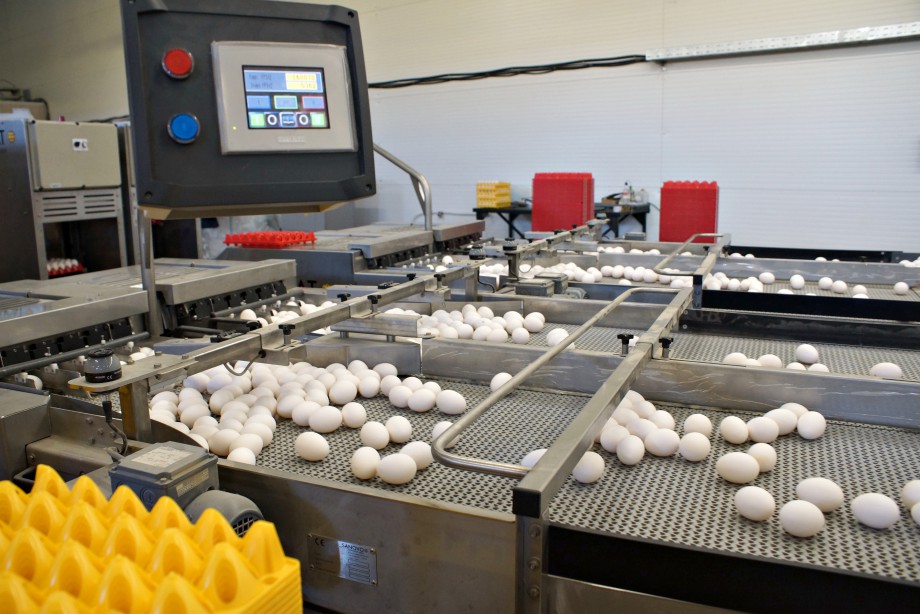 Egg market is one of few in Russia that is provided almost entirely by domestic production.

Eggs are a daily consumption product for most Russian people. Eggs, rich in protein and with high energy value, are used in the large number of both simple dishes and those with complex recipes. There is a constant demand for eggs throughout the year, but in the fourth quarter its level is usually higher than the average figure. Peaks in consumption occur in the run-up before major holidays, such as Easter and the New Year.

Pricing policy in the market of chicken eggs in the wholesale sector for 2014 changed upwards. In 2015 prices also went up. However, on the eve of the Easter holiday in Moscow retail chains announced the freeze of retail prices for chicken eggs. According to the IMIT, price monitoring price of a dozen of eggs increased by 2-3 rubles per month and in April in the central Russian regions it ranges from 57-67 rubles.

While buying eggs consumers rarely pay attention to the manufacturer, they normally pay more attention to the product’s price, freshness and good look. The largest producer of eggs in Russia is the poultry factory "Sinyavinskaya" located in Leningrad region.

On average Russia produces about 40 billion eggs per year. Over the past 15 years a record volume of production was reached in 1990 - nearly 47.5 billion eggs. At the end of 2014 the figure was slightly more than 41.3 billion eggs. In relation to the previous year, egg production decreased by 0.1%, and as compared with 1990 - by 13%.

Among Russian federal districts the largest producer of eggs is the Privolzsky Federal District. At the end of 2014 its share in total volume was 25%. The volume of production in this district has exceeded 10.5 billion pieces that is less than the figure in 2013 by 1%. The second place is taken by the Central Federal District (20%), followed by the Siberian Federal District with a share of 15%.

Poultry farms in Russia currently provide by 90% of the egg and poultry market, and in the next few years they will be able to fully satisfy the domestic demand for these products.

At the beginning of August 2014 Russia put restrictions for a year on imports of agricultural and food products from countries that have imposed sanctions against it: the United States, EU Member States, Canada, Australia and Norway. Domestic enterprises took this as an opportunity to displace import production from the Russian market, and increase production in those sectors where it is needed. In the segment of egg production was observed an increase. This can be explained by the fact that the egg market in Russia does not dependent on import, and consumption of more eggs is possible only at the expense of other industries (such as confectionery or advanced processing).

At the same time, the internal provision of eggs and poultry in various parts of the country is quite different. For example, only in 35 Russian regions are self-sufficient. In 23 regions, mainly in the Eastern Siberia and the Far East, the level of self-sufficiency is less than 50%. For poultry meat the figure is also lower than 50% in 34 regions. But these problems are solved in the framework of regional and industrial subsidy programs, as well as by producers themselves through optimization and improvement of logistic schemes.

For 2015-2017 the average annual growth rate of agricultural industry is expected to reach 2.9% -3.3%, food industry - 3%-4%. According to the Ministry of Economic Development, egg production in Russia in 2015 could grow by 0.3% -0.6%, reaching 41.5 billion pieces. Among major factors that will influence the dynamics of agribusiness development in that period can be mentioned: agro-meteorological conditions; state of world markets; stagnation in economy; political risks (sanctions against Russia and counter measures); purchasing power of the population and development of the Common Economic Space.