In Russia, the tendency of business enlargement is clearly seen for some years now. However, one has to agree that the bigger the company, the more difficult it is to rule it. Managing a large holding company, it is necessary not only to control multiple production facilities
simultaneously, but also think about the prospects. Only a truly gifted leader can handle these objectives. One of them is General Director of OJSC "Confectionery Factory named after N.K.Krupskaya" Philip Wegh.

- Could you describe the structure of ORKLA holding.

- Orkla ASA is one of the 5 largest publicly traded companies on the Oslo Stock Exchange, and also trades on the New York Stock Exchange via American Depository Receipts.  The Orkla Group has sales of approximately NOK 54Billion, and focuses on two main legs, which includes Orkla Branded Consumer Goods with sales of NOK 24.2Billion, and SAPA Aluminum Profiles with Sales of NOK 25Billion.  There is also an “Orkla Investments” division which has various other company shareholdings.  Krupskaya belongs to the Orkla Brands Division, which holds market leading positions in Scandinavia, Eastern Europe and India.

- What was the beginning for Orkla holding enterprises in Russia?

Orkla signed the deal to purchase confectionery company SladCo in 24, with production focused in Urals and South Volga.  In 26, Orkla purchased majority control of Krupskaya confectionery factory in St. Petersburg.

- What are the main directions of your work in Russia?

- Orkla has market leading positions in many branded food categories, though in Russia, we have so far focused on the confectionery segment.  We keep an open mind on potential acquisitions in other food categories, but for now, our main focus is on expanding our confectionery business.  Following this strategy, in 29 Krupskaya itself acquired St. Petersburg caramel market leader “Azart,” and wafer cake leader “Pekar.”  In 21 Krupskaya acquired “OOO Peterhof,” a market leader in chocolate paste spreads, as well as a producer of biscuits and instant porridges.

- You have purchased recently new production lines for Pekar trademark chocolate waffle cakes. Have you noticed the increase the sales volume of your products because of this?

- Sales of Pekar products have been solid, though the transition period of moving equipment to Peterhof, meant that we could not promote Pekar products as much as we would have liked in Q4 21.  But that will change in 211, with the reloction complete, and start up of all lines by the end of February 211.

- Most of the production equipment we have was produced in Germany, Denmark, or Italy.  In general, we go with well known producers of confectionery company, which our sister companies in Scandinavia have been using as well.

- What are your plans for this year? Do you plan the launch of any new product or increase the production in Russia?

- In terms of Pekar, there is much going on this year.  First and foremost is the advertising launch for our newly rebranded Ornament sponge cakes under the Pekar Brand.  This is the first TV advertising of a Pekar product in many years, and will be showing already in NW Russia in Q1 of this year.  There is also a big effort to rebrand and repackage Peterhof biscuits under the Pekar brand.  211 will definitely be a year for strong sales growth of the Pekar brand!

- If you are planning to expand, will you keep the same equipment and raw material suppliers or you will search for new ones?

- Though our current suppliers have been audited and proven their reliability, we always keep an eye out for any new supplier whom we think can meet our strict quality standards and offer a fair price.  It is usually a good idea to have two suppliers for key raw materials.

- One of your enterprises – Krupskaya factory is pretty active in the social life of St. Petersburg: city holidays, etc. What is your opinion about the influence of this social activity of the company on the customers’ attitude towards your products?  Do you plan to have any activities for St. Petersburg citizens?

- Yes, Krupskaya has been very active in the local lives of St. Petersburg, because we want our citizens to be proud of their locally produced chocolate of a high quality, and many of our brands connect the customers to local landmarks, such as “The Russian Museum,” whose paintings are featured on our Vernisage premium chocolate tablets.  Pekar, which was founded in 1913 will soon reach its 1 year anniversary, so we definitely will be planning some activities to remind residents of NW Russia of their local wafer cake “hero.”

- What can you say about the peculiarities of having confectionery business in Russia? What is the difference between Russian and European confectionery consumers?

- In spite of all the heavy TV advertising from European chocolate producers, Russians have a strong loyalty in their heart for the confectionery sweets they grew up with.  That is why “Baltisky” remains Pekar’s strongest wafer cake brand, and chocolate such as “Osobie” remain one of Krupskaya’s best selling chocolate tablets.  Why should Russian consumers buy chocolate with purple cows on it, when they can buy something which reminds them of their childhood such as Mishka na Severe?  This is what is so exciting about running a company like Pekar or Krupskaya, who has so many well known and well loved brands.

- In one of your interviews you said that you combine world experience with the business experience you gained in our country in order to have business in Russia. Could you say something more about it?

- I think that companies such as Krupskaya and Pekar already come with excellent products, and there is no need to be changing the recipes for instance.  Where Orkla can add value however, is in building up a good management team, and most importantly, polishing the brands of the companies, so that consumers are proud of their locally produced confectionery.  That, I think we have done a good job of, as Russia sales have doubled since Orkla originally acquired Krupskaya in 26.

- What could you wish to Russian producers of confectionery goods that operate in the segment of small and medium size business?

- As the market continues to consolidate, some small and medium size local confectioners may be acquired.  But Russia is big enough, that some regional players will remain… and those will be the ones who keep developing their brand loyalty.  This is a big country, and logistics are still not fully developed.  Consolidation in the industry still has some years to go.

- When and why have you decided to have you business in Russia?

- After graduating from university, I realized that I wanted to work internationally.  Since I have some Russian roots (my Great Grandfather’s family emigrated from Russia in 1898), and since I was raised in a Russian Orthodox Church in America, I felt that Russia would be the right country for me to work in and adapt to.  In 1993, I was working for ABB in the USA, and persuaded my boss to send me to Russia.  I started my first Russia assignment on 4 January 1994, as a Finance Director in ABB’s flagship joint venture in St. Petersburg, “ABB Nevsky.”

- What has impressed or surprised you most of all when you came to Russia for the first time?

- I think that the first impression of Russia seems a bit chaotic, with a lot of burocratic approvals rules and paperwork required to do business.  However, when you step back, you can see tremendous opportunities for growth in such a big country, and you can see that there are many companies which have become very successful here in Russia.

- Yes I do travel almost every week.  I try to get out and visit distributors and stores in Regions of NW Russia, and now with the Peterhof acquisition, I am traveling to farther regions where they were present, such as Chelyabinsk, Volgograd, and Krasnodar.  I also make periodic trips to Scandinavia for business presentations.

- What countries, from your point of view have the most stable traditions in confectionery goods production?

- I think most countries in Northern Europe have strong chocolate traditions.  As far as consumption goes, I think it is the British who consume the most chocolate annually per person.

- What confectionery products do you personally prefer?

- I have a preference for wafer based products, such as simple unglazed wafers from Pekar, but also wafer cakes, and chocolates with a wafer or crunch filling such as Mishka na Sever.  By the way, my Grandmother used to give me small wafers when I was a small boy, and I think this memory is working in the back of my head to drive my preferences.  People often associate certain confectionery products with their childhood. 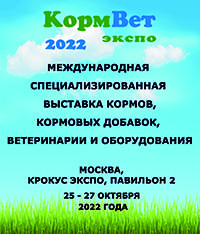 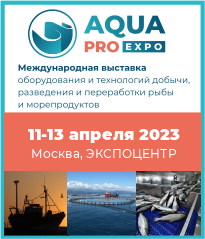 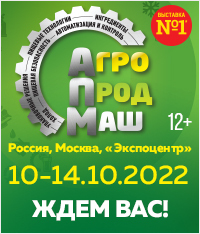